The latest game app to have taken the market by storm, player literally crashing servers is the Pokemon Go in the Pokemon series. It belongs to the augmented reality genre and involves a smartphone and a single or multiple players with real-world involvement and outdoor activities. So who developed it? What is the game all about and how to play it?

The Pokemon Go app was conceptualised in 2014. Satoru Iwata of Nintendo and Tsunekazu Ishihara of Pokemon company in collaboration with Google developed it, while Junichi Masuda composed the soundtrack of the game. It was formerly called the Pokemon Challenge. It has been launched in many countries as Pokemon GO in July 2016 for both Android and iOS devices. Pokemon Go Android apk is available for all latest versions of Android mobiles. The app uses GPS and camera to create the augmented reality for users.

A player has to create an avatar based on his/her gender and assign looks and clothes by choosing hair, colour, etc. Once it is created, it shows the avatar in the location where the player is situated and also maps the immediate surroundings. The player must then set out, in reality, to locate and capture hidden Pokemons which are usually found in public places like gardens, waterfalls, cemeteries, etc. 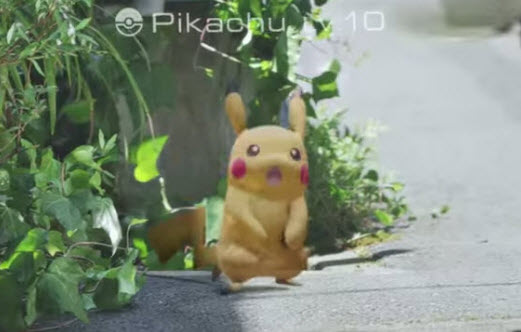 In this version, players don’t battle the pokemons, they only capture it by throwing a “Pokeball”, and the success depends on the right force, timing and the kind of Pokeball used. With every catch, the player is rewarded with two kinds of in-app currencies, candy and stardust. These are used to increase the combat power (CP) of the Pokemon, which is a measure of roughly how active or evolved a Pokemon is.

Candies help them develop, and it also depends on the evolution branch from which the Pokemon is created. There are also locations called Pokestops and Pokemon gyms. Players with the higher level of experience in in-house activities can battle in Pokemon Gyms and increase their prestige. The primary target of the game is to complete all the entries in the Pokedex, an Encyclopedia containing 152 Pokemon in total.

While the app is free to play, the users can purchase in-house Poke Balls to enhance their experience from Play store or Apple store.

If you don’t stay in the countries where Pokemon Go has been released, here’s how you can download and install the app on your Android and iOS devices:

For Android users, download the APK file from this link:

On your phone, go to Settings and then to Security, and allow installation of software from unknown source. Now install the downloaded APK format file and you are ready to play.

For Apple users, they need to log out from their devices and create a new ID on their phone or tablet and select a different region such as the USA.After creating a new ID, log in to it and go to Apple store and search for Pokemon GO, download and install it. You are done!